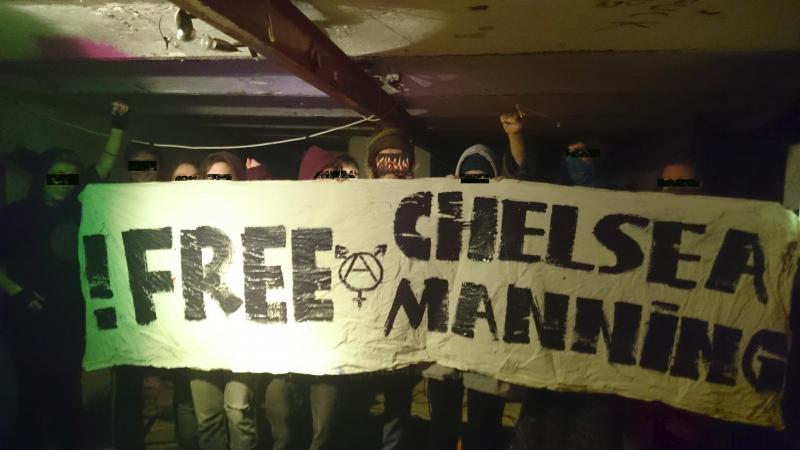 at saturday we had a birthdayparty for the transwoman whistleblower chelsea manning.

chelsea manning is a wistleblower, who sitting in jail for leaking videos and informations about the killing civilists in afganistan. after she tell the world, that she is a woman (she was known before as bradley manning) she is not in the fokus anymore, like julian assange and edward snowden. we think, that is typical for the patriarchy society and want to show her solidarity with this ”action”. we had an information- evening, wrote letters to her and had an birthday party. after it we made a soliphoto with a banner, wich we will send her too.

chelsea we stand with you!