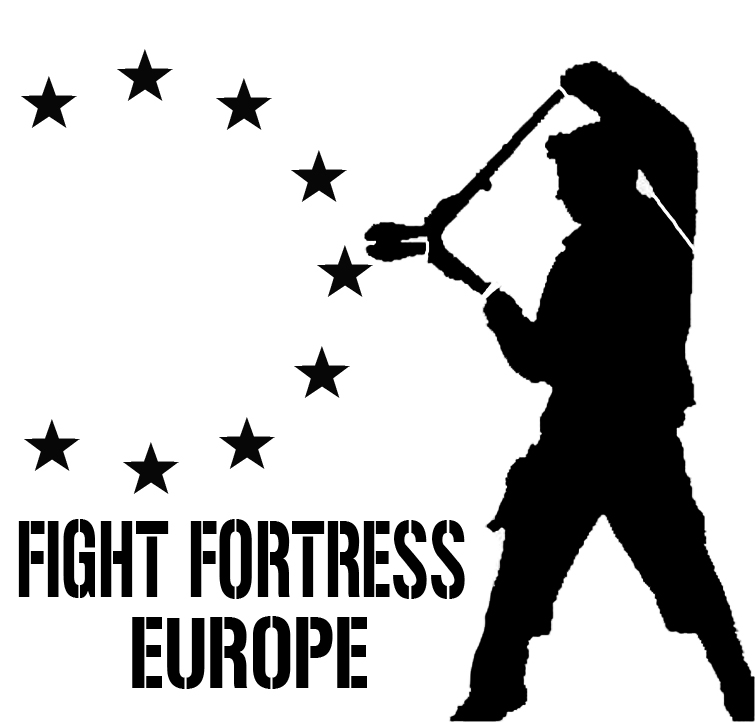 On Tuesday, 24.05.16, parallel to the World Humanitarian Summit in Turkey, the eviction of Idomeni camp officially began.
In many ways, a forceful eviction began weeks ago. Idomeni has long been subject of structural violence from both police and state policies, which have slowly but continuously dismantled the camps aid-structures.
In the last few days, fresh water supply was cut, electronic music blasted every night, toilets were locked, and trash was not removed. Doctors, media and volunteers were denied access to the camp, slowly taking away the most basic needs. The distribution of food, dry clothes, tents, blankets, sleeping bags and medical care was systematically blocked.
As of Tuesday, police have forced people by threatening to increase violence to move to the military camps.
But so far, media has portrayed the eviction as peaceful, stating that people are leaving voluntarily to military facilities, totally disregarding the aforementioned facts.
However, to represent those at Idomeni as passively accepting the closure of the Balkan route, does not capture the whole picture; compared to overcrowded military camps, Idomeni has remained the least horrible option.
Military camps have been set up in a lackluster and rushed manner, without sufficient infrastructure to cover basic needs, nor the right to move freely in and out of these facilities. Although some camps appear better equipped than others, conditions are widely insufficient.
Scarcely any of these camps have internet access, thereby denying people their right to apply for the asylum or relocation procedure. Food is often inedible and the majority of these camps do not supply baby food or family support. In many cases, the locations chosen are completely isolated, making social integration impossible, and creating a dependence on the poorly supplied structures within the camps. Warm water is only provided in very few camps. The intentional governmental restraint of any information adds up psychological stress to a constant boredom created by a solitary environment.
Let us not forget some of the underlying motives for the eviction of Idomeni camp.

Since the closing of the Balkan route, Idomeni has become a symbol of the struggle for freedom of movement on the borders of Europe. It has unveiled the incompetence of EU powers and the failure of EU policies, which far from solving the EU-political crisis, in turn created a bottleneck, leaving thousands stranded on Europe’s locked borders.
By using media to further perpetuate xenophobic and racist structures and fear of terrorism within the western world, Europe has legitimized closing its borders. Europe exploits the situation to further obtain cheap labor forces in a regulated manner, to sustain and maximize their wealth and security.
As we speak, Idomeni’s forceful eviction has already been implemented and will soon disappear from the frontlines of newspapers. People will nevertheless be kept in indefinite detention that could result in years of waiting in military facilities for Europe to act on their behalf. But most probably the waiting will end in deportation.
Military camps have been portrayed as the next step and “only solution” for those caught up between borders and legal abandonment. They are meant to be “safe places” for people attempting to access the discriminative relocation program or apply for the only choice available for many, asylum in Greece.
But in fact people are shunned into militarized camps to decentralize the problem away from the borders and spreading it throughout Greece. This hides the topic away from the public eye and consequently minimizes the pressure on EU policies to take responsibility. Out of sight, out of mind.
Is this not tarnishing a reaction to the self-interested and exploitative EU immigration policies?

This coming week, between the 30.05-05.06, we will once again raise our voices and show our outrage against the structural oppression denying freedom of movement, enforced by Europe and its allies.
This is a call for international solidarity and outrage under the slogan #overthefortress, as otherwise this political and humanitarian crisis will vanish from the public discourse, and thousands will be forgotten. The idea of having any real future has been traded for visa deals and a booming ‘Refugee’ industrial complex. Lets take the responsibility we have and bring people’s hopeless situation caused by structural repression out of the shadows back in to the public perception to burn it into the ignorant mind of European society.
With decentralized and creative actions we want to condemn Fortress Europe’s racist policies and formulate an accusation. Raise your individual voice and show solidarity in protest and action.